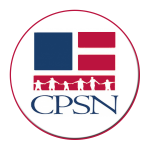 “Again and again some people in the crowd wake up,
They have no ground in the crowd,
And they emerge according to much broader laws,
They carry strange customs with them
And demand room for bold gesture;
The future speaks ruthlessly through them.”
–Rainer Maria Rilke

Community is a feeling. Community is not a building, institution or organization. Communities are forged through the triumph of the human spirit in art, enterprise, education and charity.

These ambitious words were expressed by then President Clinton in his address to the President’s Summit for America’s Future held on April 21-27, 1997. During that week in Philadelphia national leaders, small businesses, corporations and individuals looked beyond partisan ideologies, competitiveness and personal concerns to think collectively in an effort to strengthen communities. Mini Hall, USA Today, reported; “The challenge is enormous: to change the culture and institutionalize community service as a corporate and personal imperative” (2A).

Critics feared that the community spirit inspired by the convention would soon die after the summit ended. It has been
roughly 30 years years since the close of that Summit and it appears that the critics weren’t,  up until 2016,  far from the truth. However, it is not surprising; the implementation of cultural change and institutionalized community service goes far beyond media hype and a one-week summit by national leaders. If we desire to transform communities to a level where all individuals have the opportunity to fulfill their potential, then society requires a dramatic shift in cultural values a new way of thinking, contrary to traditional ways. During and post Barack Obama’s presidency the nation witnessed a social justice and tribalism phenomena that has shaken society at a foundational level.  The common person and human behavioral analysts alike say this has ushered forth a dystopian nightmare.  The street and social media movement chants and corresponding  anarchist actions of “burn it all down” along with the rapid expansion of computing technology, big corporation, governance, medicine and education dominance and all the secular blessings and Orwellian curses that has created has lead many to agree that America has lost its way from its fundamental guiding principles.

These articles, video series and for profit to non profit educational platforms on “Transcending Conventionalism to Transform Communities” do not explicitly spell out any specific solutions to community problems. To do so would be
contrary to the mindset that inspired the following pages. The ambition of this writing is to illuminate the notion
that we as individuals, and as a society, need to develop our modes of behavior and thought to transcend beyond the blind acceptance of conventional wisdom. Complex community dilemmas do not have uniform solutions.
Every situation is unique and interwoven with other social issues. When civic leaders realize this and apply the right balance of faith, imagination and involvement, they will then possess the ability to transcend their tried,
and rarely true, practices of antiquated conventions.

These articles blend several metaphors, as presented in the natural and physical sciences, to the
transformational nature inherent in human social systems. A considerable portion of this work is grounded in the theories of Fritjof Capra and Pitirim Sorokin. Capra, a world renowned physicists and physics Professor at the University of California, Berkeley, has surprisingly, contributed greatly to sociology.

The late Pitirim Sorokin, former Chairman of Sociology at Harvard, was and is considered still, a leading edge sociologist. Capra grew to embrace the wisdom professed by eastern mysticism, mostly because it was the only philosophy that could provide insight to the chaotic world of quantum physics. By combining these diverse disciplines, he gained mind-expanding insights. His realizations are forging new territory in the study of human
social systems.

Pitirim Sorokin, once labeled the glory of Soviet science, courageously fought tyrannical social systems in Czarist Russia. His contributions to the field of social science has left us with nothing less than a tertiary value system that can predict the cycling evolution of macro cultural behavior.

In his book The Tao of Physics (1975), Capra aligned the remarkable discoveries in physics that were currently taking place with fifth-century BC, eastern mysticism. He advises us of his mindset when he writes,

“At the same time, I had become very interested in Eastern Mysticism and had begun to see the parallels to
modern physics” (1975, p.10).

Capra refers to Weiner Heisenberg. founder of subatomic theory and author of Physics and Philosophy (1958), to illuminate the notion of comparing diverse patterns of thought. Heisenberg’s ambitious undertaking likened the new science of physics to the age old epistemology of philosophy.

Heisenberg realized that two seemingly contrary modes of thought can compliment each other in such a way that greater insights can be realized through the comparisons: It is probably true quite generally that in the history of human thinking the most fruitful developments frequently take place at those points where two different lines of thought meet. These lines may have their roots in quite different parts of human culture, in different times or different cultural environments or different religious traditions: hence if they actually meet, that is, if they are at least so much related to each other that a real interaction can take place, then one may hope that new and interesting developments may follow. (p. 9)

Like Capra and Heisenberg this article series, draws analogies between two primary modes of thought empirical science and the sociological implications concerning community transformation. Drawing direct comparisons is typically a misguided endeavor however, a metaphorical stage can illuminate the processes and patterns of thought that have been pioneered through scientific inquiry in such a way that those who wish to transform communities can expand their cognizant capacities to reach beyond objectification, gradation, quantization and reductionism.